The highlights of Filipino heritage at Ayala museum 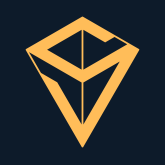 For tourists looking for a place of interest that captures the rich Filipino culture, the Ayala Museum is worth visiting. This art center is conveniently located in Makati’s Central Business District at De La Rosa Street and Makati Avenue.

The Start of an Artist’s Dream

The institution was birthed by a vision of the late artist Fernando Zobel de Ayala y Montojo. It finally came to fruition when it was established in 1967 as a venture by the Ayala Foundation Inc., formerly known as the Filipinas Foundation, Inc. Ayala Musem’s first location was the Insular Building, Ayala Avenue.

Dwell on the Philippines’ historical past and civilization as presented by collections and artworks that focus on archaeology, ethnography, fine arts, religions, and numismatics.

A fascinating historical exhibit features a sixty-pieces handcrafted diorama that chronicles the events of colorful Philippine history. One of Ayala Museum’s featured collections is the boat gallery with miniatures of watercraft that paved the development of the country’s maritime trading and economy. Guests can also find interest in the historical collections presenting archeological and ethnographic finds and artifacts from cultural communities of northern and southern descent.

Artworks from great pioneers of Philippine art are also showcased at the Ayala Museum. The fine arts collection can see the canvas works of Juan Luna, Fernando Amorsolo, and Fernando Zobel. There are several 19th-century genre pieces shown at the museum, reflecting the influence of European Liberalism and making way for the rise of secular themes and modern expressions in Philippine art.

The Filipinas Heritage Library is also a must-visit at Ayala Museum. It is one of the country’s extensive electronic research centers. It is home to about 13,000 volumes ranging from Philippine history to social sciences and over 2,000 rare titles, photographs, and maps.

A visit to Ayala Museum will give any guest a deeper appreciation of Philippine history, culture, and arts. Get to see and know more of the country’s heritage at this museum. Best Hotels to Stay in Manila

Ferdinand Marcos: On His Life And Term